The UMA Baby T is a traditional style ukulele but features a Tenor scale length neck fitted to a Concert size, Koa (Acacia) body. So for players who prefer the smaller concert body size and sound, but would really prefer a tenor scale neck, then the UMA Baby T not only gives you the tonal characteristics of the concert, but offers the tenor range on the neck.

With a Koa Top, Back & Sides this attractive uke not only looks great but sounds fantastic. The bevelled armrest on bottom bout makes for comfortable playing, fitted with Aquila strings and even includes a gig bag.

UMA Ukuleles are a Taiwanese based company who have been manufacturing musical instruments since 2002, and ukuleles since 2011. 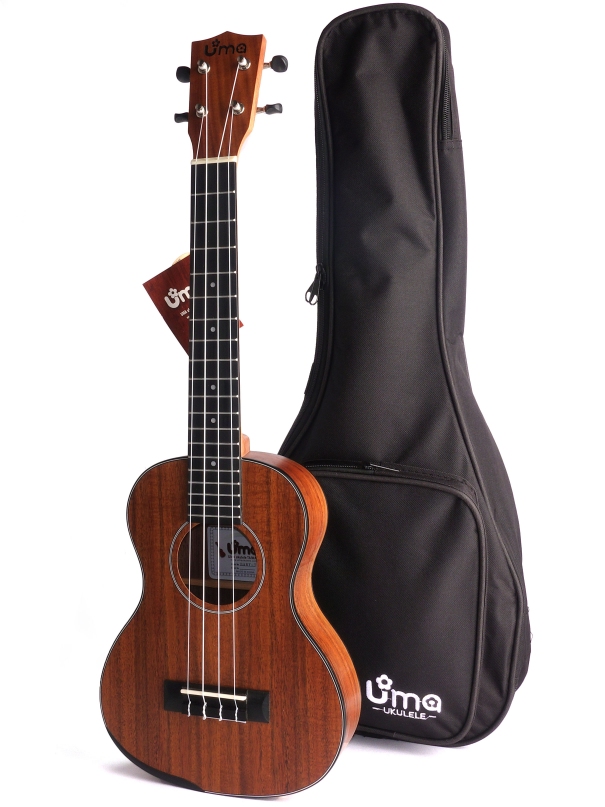